How to Know if you are a Summer – Color Analysis to the Rescue!

The goal of seasonal color analysis is to create visual harmony by selecting a color palette that relates to your natural coloring. When you utilize the colors that are inherent in you, people are focused on you and not your clothing. A personal color analysis is the tool that enables you to determine your season, and thereby, your best colors. The seasons, however, go beyond best colors. Not only does each season relate to particular color qualities, but also design style and even personality. So, let’s start with the season of Summer. 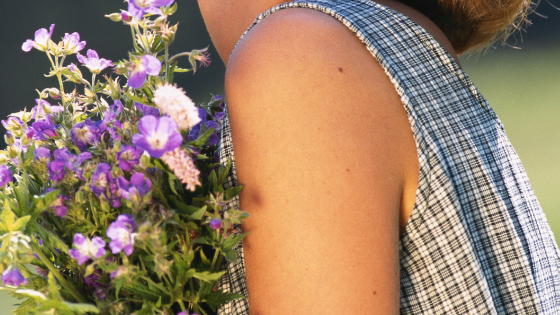 When I picture the Summer color palette, I think of the English country garden – soft, blended, and diffused. The summer months bring a change in the quality of the color. The hot sun beating down results in blended and muted hues while summer showers create cascading flowers that flow over trellises along with lush gardens. Although there is lots of foliage in the summer, there is a blended quality as well. It’s like the landscape is washed in soothing lavender bringing a sense of relaxation and calm. Hence, the people of the Summer season often have a soft, peaceful nature.

Are you a Summer?

If you look at the picture of the summer garden, it’s complex. There is a lot going on and a lot to notice underneath the surface. This is also true for the people of the Summer season. There are many types of Summers. Ranging from the princess – like Grace Kelly or Kate Middleton – to the Bohemian like Ashley Judd or Angelina Jolie. What Summers generally have in common is a gentle energy.  They are often quiet spoken, responsible, practical, efficient, organized, understanding, and diplomatic. Although they are usually soft on the outside, they have a determination to them that can surprise you as many are also stubborn and/or strong-willed. Many tend to be frugal and also collectors – they don’t like to throw much away. One trait I find to be almost universal with Summers is that they make decisions slowly and may get tied up in details. To be a Summer, you may not fit all of these descriptions and adjectives as they are certainly generalizations. 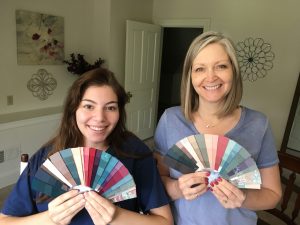 Summers are lit by twilight – the light as the sun is going down on a Summer evening. Nature paints these people in soft pastels brushed with blue, like a Monet painting – quiet and peaceful. They are light, cool, and soft. That doesn’t mean, however, that all Summers have light hair nor do they even have to have light skin. Even women of color can be Summers, but they do tend to have relatively lighter skin and generally have an eye color other than brown. I am almost positive that Tyra Banks is a Summer, for instance. They key to whether or not someone is a Summer is that they are most harmonious in soft, cool colors.

Summers most commonly have cool hair with a base color ranging from ash or platinum blonde to dark rose brown. A great benefit of being a Summer is that you look most harmonious with your natural hair color, so no need to spend money dying it! They also gray beautifully! Summer eyes tend to have a soft quality to them – like grayed blue or green – but can also be a cool brown. True and Cool Summers have a very cool skin tone and many don’t tend to tan well, but there are exceptions like Kate Middleton. Light and Soft Summers tend to have a neutral skin tone, but on the relatively cool side of the spectrum. If that all seems confusing, the picture below shows the difference between a neutral, leaning cool skin tone (Light Summer on the left) and a True Summer with a super cool skin tone on the right. 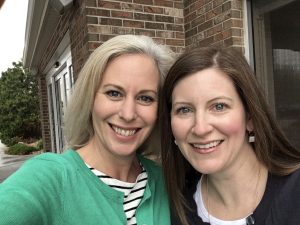 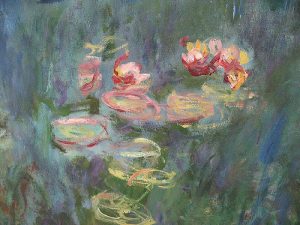 Summer colors, in general, have a light, muted, and neutral to cool quality. The key to summer colors is softness. When looking for Summer colors, look for blended, softer intensity, muted, sun-bleached, and lighter value colors. Nothing too intense or hard edged. The colors of Summer are cool, muted colors grayed with their complement. Think of the blue-greens of water, rose, pearl, white sand, cool pink-beige, cocoa brown, and blued and pinked grays. Orange, warm beiges and browns have no place here.

If it’s hard to name a color, it’s probably in the Summer palette. For example: grayed, purply brown or soft, muted navy. The flowers of summer are also a great inspiration for the palette. Summer flowers cascade on long stems and hang their heads down away from the sun. Beautiful flower examples of Summer colors include: Wisteria, Larkspur, Hollyhocks, Lily of the Valley, and Lavender.

Seasonal color analysis usually categorizes 3 or 4 summer types. 12-season analysis has Light, True, and Soft Summers and then the 16-season analysis adds Cool Summer. For my standard fans, I utilize the 16-season system; however, all of the fans pictured with clients are custom-made utilizing the Caygill system. If you’re not sure if you’re a Summer or need to know the type of Summer you are, consider having a personal color analysis done and discover how knowing your best colors can be life changing. 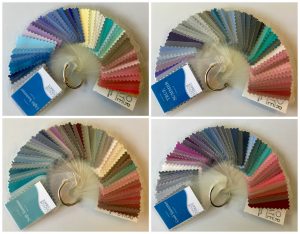 Light Summer is closest to Spring, so although they are still soft, they are able to wear slightly brighter colors than other Summers. They also tend to have the most extroverted personalities of all of the Summers. As the overall lightest season (hair, skin and eyes are generally all light) their best colors are light to medium in value, on the cool side of neutral, and somewhat muted. Darkness and black have no place in the Light Summer closet. Celebrity examples include Gwyneth Paltrow, Grace Kelly, and Naomi Watts. Although I am considered a Light Summer in the standard fans, I am actually a Cool Spring in my custom, Caygill system.

True Summer is the quintessential Summer. Their hair is generally medium to dark and they have a little more contrast between their hair and skin than other Summers. This season is often the most regal, dignified, and elegant of all of the Summers. They look best in cool colors with muted intensity, and in a medium to moderately deep value. Cool Summers will have many overlapping colors with Cool Winter. Warm colors have no place in either of these sub-seasons and many cannot wear even the soft yellow that other Summers wear well. Celebrity examples include: Kate Middleton, Kate WInslet, and Emily Blunt.

Soft Summers flow to Autumn and are generally considered the warmest of the Summers. Having said that, their colors are still neutral to cool and they are best in medium value colors. They really do best in soft, muted colors. This is when they glow. Personality wise, they tend to be the most natural of the Summers. Although they can certainly be “classic” in their styling, this is the season where you are most likely to find your more Bohemian type Summers. Celebrity examples include: Jessica Biel, Ashley Judd, and Ellen Pompeo.

This is a classification that doesn’t exist in the 12 or 16 standard color seasons, but does exist in the Caygill system. I think it is a sorely missed category in the other systems and results in quite a few people being mis-analyzed. This group is the darkest of the Summers and tend to have dark hair and a neutral skin tone. They would generally be analyzed as a Dark Winter or Dark Autumn, but those seasons are too deep and too saturated for them. Like with other Summers, this group needs softness above all else.

The Many Looks of Summer 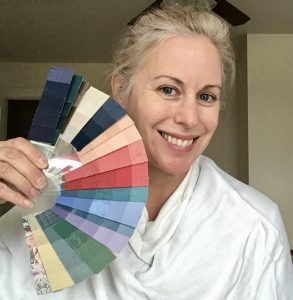 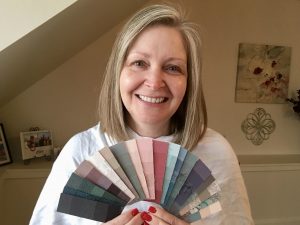 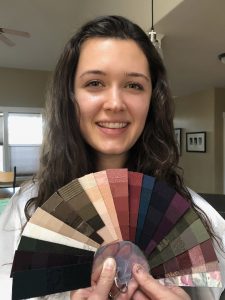 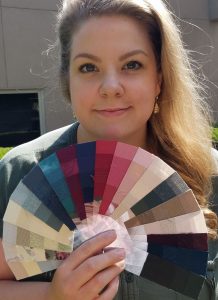 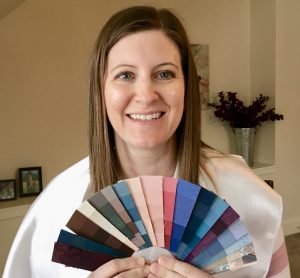 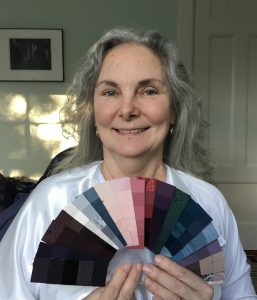 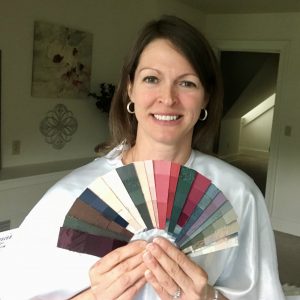 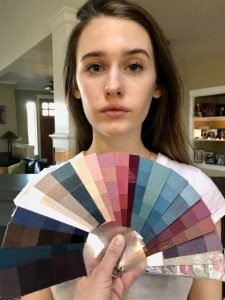 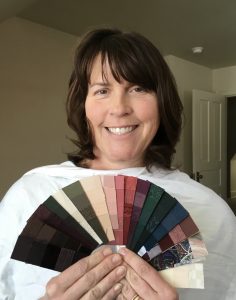 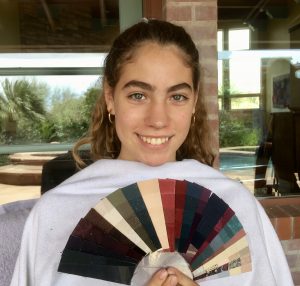 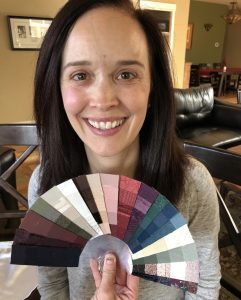 I’d love to hear how you do Summer in the comments!

Vera Wang said, “I want people to see the dress, but focus on the woman.” When you utilize the colors that are inherent in you, people are focused on you and not your clothing. Value and color contrast are two important elements of your personal color harmony. Once...

END_OF_DOCUMENT_TOKEN_TO_BE_REPLACED

How many times have you looked in your closet full of clothes and determined that you have nothing to wear? Let’s change that by sorting through the keepers in your closet and ensuring that all of your pieces work for your coloring and lifestyle. If you've been...

END_OF_DOCUMENT_TOKEN_TO_BE_REPLACED

How to Shop Less and Love Your Wardrobe

If you want to shop less and still love your wardrobe, you have to learn to shop with intention. It wasn’t that long ago that I shopped just to shop. I had a closet full of clothes, but nothing to wear. This is true for a lot of us, because we don’t curate our...

END_OF_DOCUMENT_TOKEN_TO_BE_REPLACED

7 Easy Steps to Your Best Style

Style doesn’t come naturally to everyone. In fact, there have only been two people in my life who have that special gift to just throw things together and make it look chic. The rest of us have to put in time and effort to figure out what works for us. If you are...

END_OF_DOCUMENT_TOKEN_TO_BE_REPLACED

I discovered personal color analysis while trying to minimize my wardrobe. Many of the experts on minimal and capsule wardrobes talked about color and I started to realize the importance that color has to appearance. I always new that I looked terrible in brown, but I...

END_OF_DOCUMENT_TOKEN_TO_BE_REPLACED

Manage Cookie Consent
To provide the best experiences, we use technologies like cookies to store and/or access device information. Consenting to these technologies will allow us to process data such as browsing behavior or unique IDs on this site. Not consenting or withdrawing consent, may adversely affect certain features and functions.
Manage options Manage services Manage vendors Read more about these purposes
View preferences
{title} {title} {title}